Arielle Charnas of Something Navy Readies for Growth.

Superinfluencer Arielle Charnas will launch her brand, SomethingNavy, exclusively with Nordstrom in the fall. Last September, Charnas did a collaboration with Nordstrom’s in-house brand Treasure & Bond. It proved so successful that Charkas is now releasing her own stand-alone brand with the retailer complete with apparel, accessories, and jewelry. Charnas first came onto the fashion scene with her blog Something Navy and later built an Instagram account with the same moniker. Something Navy’s Instagram following is one of the most successful in the influencer world. Many of her followers actually translate into purchases. Not every influencer, even those with huge followings, has the ability to convert fans into buyers. Charnas describes the new brand with Nordstrom as ‘elevated basic.’

The term basic typically has a negative connotation. However, Charnas admits herself that her sense of style is basic, but in an elevated way. It’s fashion without being too high fashion and straight off the runway. Her followers relate to Charnas because her look and aesthetic is cool, but wearable. It’s said that Charna’s collaboration with Treasure & Bond brought in over $1 million in sales on nordstrom.com in 24 hours. Nordstrom believes so much in Charna’s influence that they signed her new brand, Something Navy (SomethingNavy), to a multi-year deal. It’s the biggest in their history in terms of working with a social media influencer. Charnas has licensed her name and brand to Nordstrom. Unlike other designers in the fashion industry, Charnas will not have the worry and monetary stress of producing the collections herself. This gives her the freedom to design and produce her brand and vision without footing the bill.

Charnas plans to keep her followers and fans in the loop by giving them insider views of herself designing the collection. She wants them to be a part of its creation and will even ask for opinions on colors and fabrics. The SomethingNavy collection is chic everyday wear that Charnas herself wears and knows her followers will covet as well. It’s unclear at this time how many collections will be produced the first year; however, there will no doubt be seasonal drops and even small capsule collections within larger rollouts. We predict a Holiday collection or capsule will draw many clicks and convert fans into consumers. After all, partnerships with influencers is all about sales. And we know that not all influencers convert their followers into buyers. Many influencers with huge followings such as Chiara Ferragni bring brand awareness to their fan base, but those followers do not result in clear sales. Arielle Charnas is different from her other influencer peers because she is one of the few to convert fans into buyers. She posts a cute outfit, adds the link to her Instagram profile, and followers click and buy. 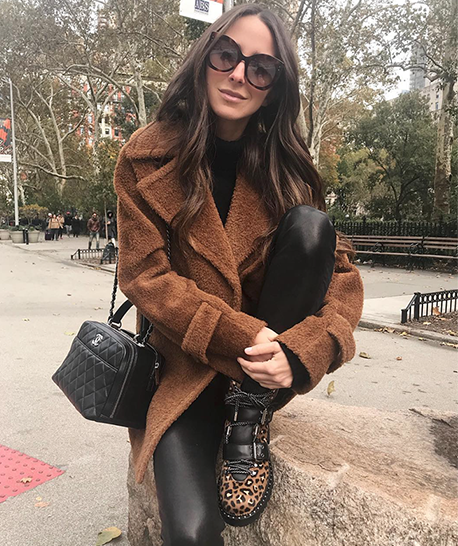 We think linking Something Navy’s image and brand to Nordstrom’s powerful infrastructure will clearly result in clicks and and more importantly, purchases. Nordstrom knows its fashion loving consumers well. And let’s face it, 90% of us cannot afford the latest Gucci, Balenciaga, or the bevy of stunning creations we see on the runway. Most consumers are everyday fashionistas; meaning we want to look nice, chic, pulled together, but we aren’t going into debt simply for the love of a nice outfit. The retail and influencer landscape is littered with collaborations that did not lead to sales or even create greater brand awareness. Brands big and small as well as retail outlets are finally widening up to the fact that influencers’ social following does not lead to sales. In a way Arielle Charnas is a unicorn in the influencer world as her collaborations result in selling merchandise and delivering ROI. What’s the point of paying an influencer six or even seven figures to flog products that do not convert to sales?

Given that Charnas’ collaboration with Nordstrom last year resulted in stellar sales, we have no doubt her very own Something Navy (SomethingNavy) collection will also fly off the shelves. As new designs are unveiled closer to the September debut, we will keep you updated